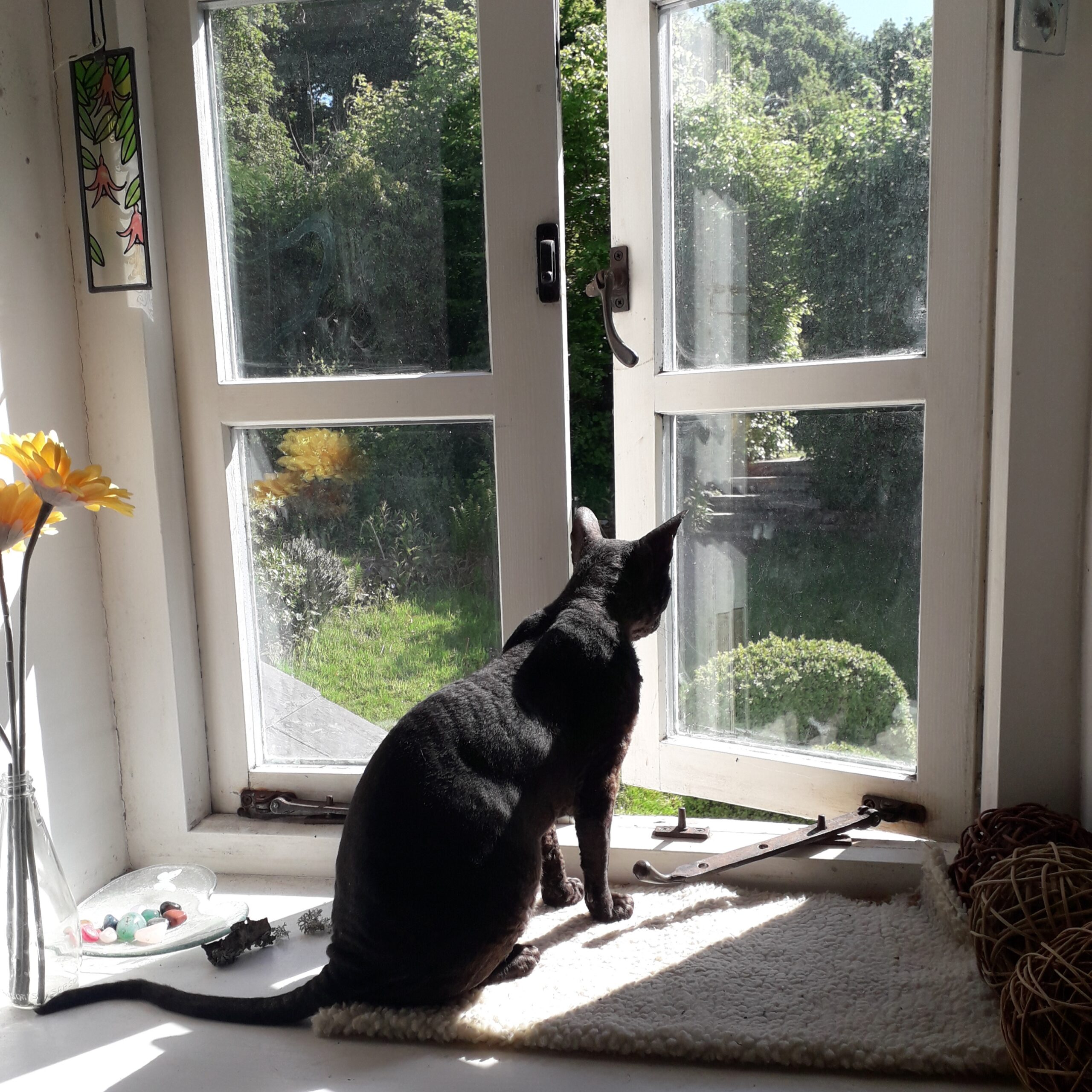 I chatted with Kali about how I was feeling, asking her forgiveness for the times when I was sad and worried about losing her.  Doing this helped me to realise that feeling upset was only serving to rob me of the gift of this time together and so, for the most part, I was able to put this aside and just focus on our connection and my love for her.  It was a very bittersweet time, but I feel so blessed to have been able to share it with her.

I talked with her about many things over these last weeks, mostly telling her how much I loved her, how precious she was and how thankful I was that she had come into our lives.  I asked her to let me know if a time came when she felt ready to go, telling her that I wanted to do all I could to support her and that she wasn’t to worry about me – I would miss her, but I wanted what was best for her.  Every day I watched for signs of how she was doing and although she was slowing down, she still seemed to enjoy her food, the sunshine, watching the birds, and occasionally showing a little of her earlier feistiness.

But then, last Monday evening it was obviously more of an effort for her to breathe, and on Tuesday she stopped eating, so when Tim got home from work, we took her to the vet.

One of my biggest concerns had been that, due to coronavirus distancing restrictions, we might not be able to be with Kali at the end.  I was expecting the vet to tell us that they would have to take her away and put her to sleep in an unfamiliar environment, surrounded by strange smells and people that she didn’t know.  I knew that this would be stressful for her, and was worried that she might also feel we’d abandoned her.  I had been trying to think of alternatives that I could offer the vet to convince them to let me stay with her and was thinking that I might have a bit of a fight to get this, or indeed might have to accept that it wasn’t allowed.  But I needn’t have worried.  The vet who looked after us was so kind and thoughtful!  He arranged for Kali to have a catheter inserted then brought her back out to us in the carpark and allowed me to hold her, sitting on the back seat of our car, while he and the nurse stood outside and administered the final injection.

Holding Kali while she fell into her final sleep was the hardest thing!  I had prepared for the last weeks and, as much as is possible, for making the decision to have her put to sleep, but somehow I hadn’t thought about what it would be like to hold her while it happened.  It was peaceful, but I found it so desperately sad to feel her body suddenly heavy and lifeless in my arms.  Nevertheless, I’m so glad I was able to be there with her, as I think the alternative would have been much worse.

Tomorrow I’ll share more about how things have been without Kali.