The challenge of ‘-ism’ 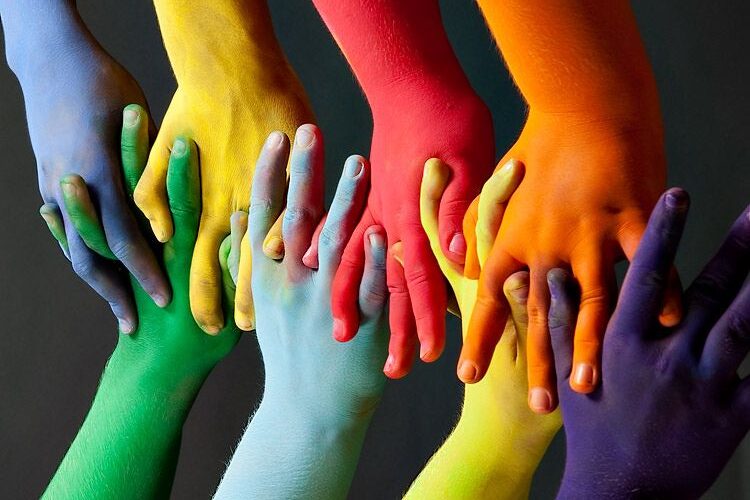 The recent events around the world, sparked by the death of George Floyd have saddened me deeply on many levels.

Yes, of course racism is a terrible thing, and of course Black lives matter.  I don’t mean to take away from that in any sense.

But I think this issue goes way beyond that, and that if we focus on this one area alone, then the problem won’t go away.  It might shift and change, but it will just come up in another form somewhere else.

Having grown up in Belfast during ‘The Troubles’ I know how divisive it can be to create the concept of ‘Us’ and ‘Them’.  I never really understood why one ‘side’ had so much hatred and misunderstanding of the ‘other’, but then I was very fortunate to have a foot in each camp, so to speak, as my mother’s family are Catholics and my father’s are Protestants.  I also went to a ‘mixed’ school – which referred to the religions of the pupils, as much as their gender.

In the end I found it so uncomfortable living in that environment that it was one of the reasons I chose to leave my ‘heart-home’ of Ireland.  It was more painful – and toxic for me – to continue living there than it was to leave.

It seems that I often find myself in the fortunate, and yet challenging, position of being able to have empathy for both sides.  For example, I’m a qualified British Sign Language interpreter which has allowed me a very privileged insight into the world of Deaf people.  Here I’ve seen some appalling treatment of one human to another, solely on the grounds of perceptions some hearing people have about those who use sign language.  Sadly, this has resulted in some Deaf people becoming wary of, and even angry at, Hearing people.

Having seen these responses to ‘other’ I know that, often, it comes down to a lack of knowledge and awareness, leading to a lack of insight and understanding.

Sometimes, too, it is fuelled by fear, which can lead to anger, and even spill over into violence.

Yesterday I was on a Zoom call with a fellow practitioner and we were discussing the inner child.  She had recently had an experience where she had been able to experience love from herself in a new and profound way, which had a huge impact on a trauma she’s been carrying since she was four years old.

One of the things I love to do is to encourage people to listen to their body in order to be able to respond in ways that are more self-supportive.  I therefore asked my friend how it felt when her inner voice was being mean and critical, versus how it felt to be more loving towards herself.  I didn’t even need to hear her answer – the glow on her face and the light in her eyes as she tuned into the feeling of joy, lightness and expansiveness of that love was plain to see.

In my practice, I’ve seen how our woundedness impacts on our thoughts, beliefs and values, coming out in our behaviours.  For me, the way to address this is not by putting in more of the same energy, as this will only create more woundedness.  One group might feel more heard and accepted, but it will just result in some other group feeling less heard and more vulnerable.  How can you say that the rights of one outweigh the rights of the other, without causing hurt and offense in that other?

To me we can’t fight racism and ever hope to succeed.  As the saying goes:

“Where attention goes, energy flows, and everything grows”

Seeking to attack racism in the hope of eradicating it is ineffective since, by the Law of Attraction, our focus on racism just brings more of the same into our experience.

I believe that we need to address the root cause.  We need to be willing to look at our own woundedness and to learn compassion for ourselves, and to love all of who we are.  This doesn’t mean we love all of our behaviour, but that we love our Beingness and that we learn how to truly, deeply forgive ourselves in order to live from the position of Love that is who we really are at our core.

When we can reconnect with this, it is liberating and empowering.  We no longer need to feel superior, or need to take from others in order to feel good about ourselves.  Also, we don’t need another’s approval to know our own worth, and so the opinions of others have no power over us.

From this position there is no place for racism.  If we all lived from this place, race – or anything else – would not be something that we could use to hurt another, and neither would we feel hurt, because we would be so secure in who we are.

I know that this might sound like airy-fairy, wishful thinking, and perhaps as a middle-class, straight white female I haven’t been on the receiving end of enough prejudice to comment on this issue.

But I would love to hear your thoughts, and to engage in dialogue on this, if anyone would be interested in doing so.  I appreciate that these are difficult conversations, but I am open to hearing your perspective.