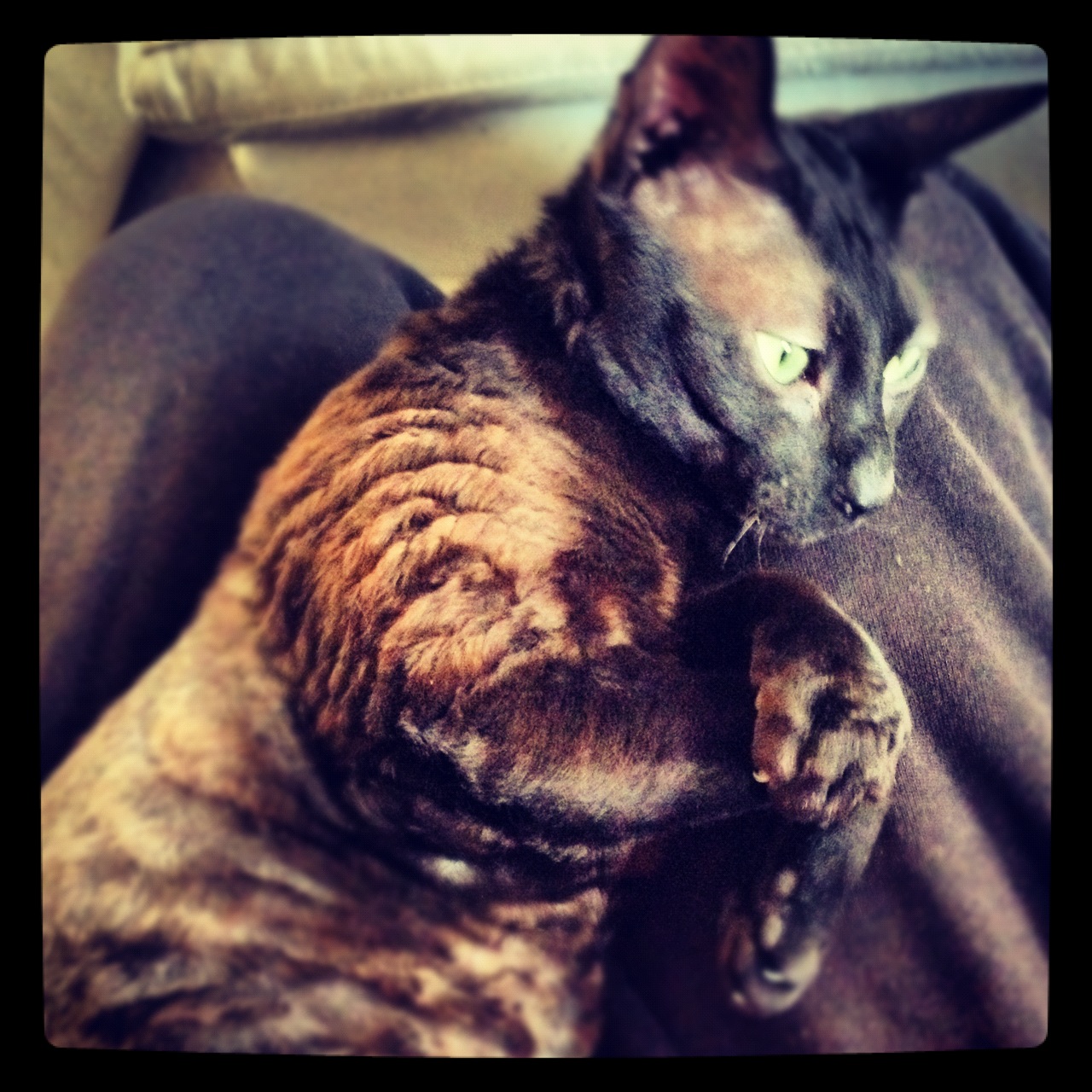 We brought our precious girl home with us again and put her in a box with a couple of her blankets and some toys until the next day when Tim made her a lovely wooden coffin and dug a grave for her by her favourite sunny step where she used to sit on summer evenings and survey her kingdom.  We buried her and covered the grave with paving stones, laying some flowers on top.

At first I really struggled with having her grave so close, and with walking in and out past it each time we go to the car, but my grief is less raw now and it’s nice to still have her close by.  Tim has ordered a plaque to mark the spot which hopefully will arrive soon.

I’m fortunate to believe that when we die, our energy – or spirit – carries on.  As Einstein said, Energy can neither be created nor destroyed, and to me this means that Kali’s energy still exists in some form.  Also, as an animal communicator, I can tap into this energy and feel her presence.  It feels different from before, but it’s still got that indefinable Kali quality.

For the first few days after she’d transitioned though, I still felt so raw, and readily dissolved into tears.  Although I’m a wellbeing practitioner, and bereavement is one of the areas in which I work, losing Kali still managed to hit me harder than I’d expected.  And despite having a variety of tools at my disposal, I didn’t feel able to use most of them.  All I could do was sit with my grief.  I’m sure that in time I’ll be grateful for the skills I’ve learnt over the years, and I’ll be discussing things with the practitioner that I work with but, initially at least, the most I could do was try to be patient and gentle with myself.

Thankfully Tim was between shifts, so we had each other’s company, and we have some wonderful and understanding friends who sent us beautiful messages of sympathy.  I’d thought people might find it strange that we were grieving so deeply for a cat, but it turns out they understood how much she meant to us.

Tomorrow I’ll share a bit more about this part of my journey.